The US Should Price Out Fracking via Cap and Trade

Civilization as we know it relies on energy. In fact, astronomers use the Kardashev scale to measure the growth of civilizations by the amount of energy they consume. We’ve become so habituated to the daily consumption of power that we hardly realize how vast our demand for it is. Energy is made available through a complex and almost invisible infrastructure that spans the entire planet, and its impact on our quality of life has been immeasurable. Alas, the amenities of the industrial revolution come at a cost. 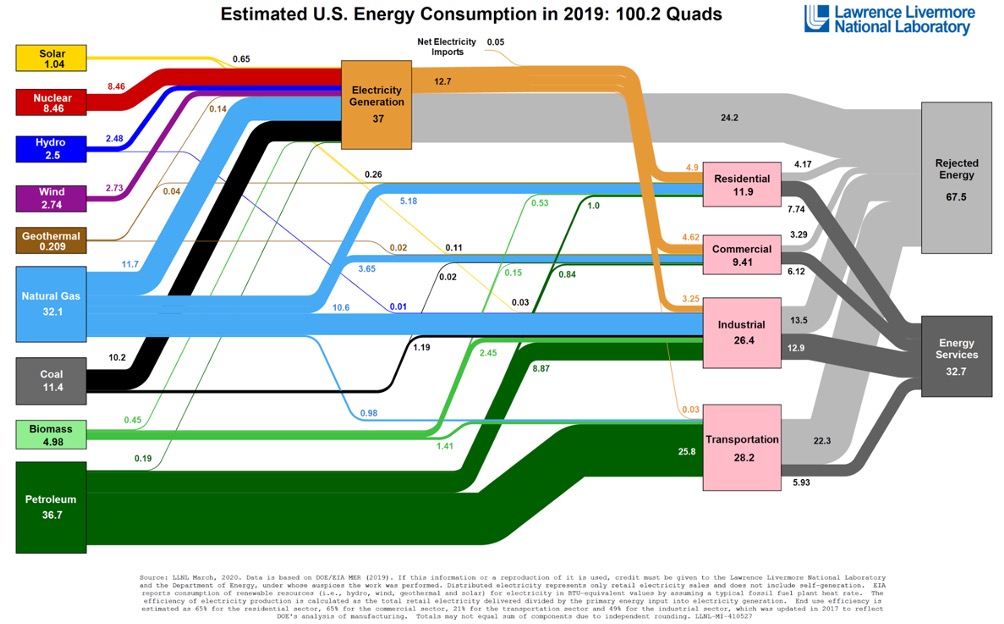 The use of fossil fuels has contributed heavily to the dispersal of unwanted byproducts, namely Carbon Dioxide (CO2) and Methane gas. Our emissions have caused a global greenhouse effect, which is the primary culprit of anthropogenic climate change. Global average temperatures are expected to rise, and many have called for bold action to curb our persistent use of fossil fuels. But unlike the atmospheric climate, our political climate has not reacted too quickly.

As far as issues like fracking are concerned, most people still speak in absolutes: Suggesting that we either frack unconditionally or ban all fracking. But anyone who looks at the evidence would know that the right’s anti-science climate denial and the left’s substance-lacking, pork-barrelled, all-or-nothing Green New Deal are both infeasible solutions.

I believe that the unrestrained use of fracking will harm the environment in the long term, but a complete ban on fracking will cause incredible damage to our quality of life in the short term. Ironically, this implied dichotomy of “Environment vs. Economy” is also contradictory to the empirical evidence we have today, which suggests that “[Natural gas] generates income and, done well, can reduce air pollution and even water use compared with other fossil fuels.” Fracking can help us meet rising energy demands while reducing CO2 emissions and achieving ambitious environmental targets – but only if certain policies are implemented carefully and effectively.

The strengths of natural gas must be leveraged in the short term, in order to quickly replace the use of petroleum/coal, reduce total CO2 emissions, and save lives. Contrary to popular belief, the growing use of natural gas as a replacement for other fossil fuels such as coal has led to a consistent reduction in the United States’ CO2 emissions. The Energy Information Administration (EIA) reports that “Increasing use of natural gas has helped reduce overall U.S. CO2 emissions growth because it is the least carbon‐intensive of the fossil fuels used in electricity generation and industrial process heat.” 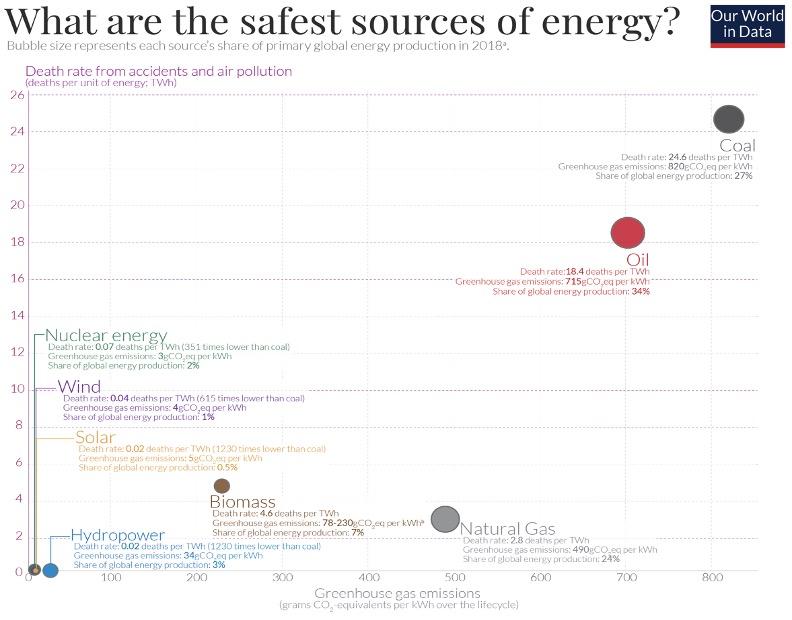 While in the short term, leveraging Natural Gas in order to reduce CO2 emissions is both cheap and environmentally beneficial, nuclear and renewable energy generation (solar, wind, hydroelectric, etc.) must be heavily subsidized. After natural gas replaces most petroleum and coal, nuclear and renewables must begin to replace most natural gas. If this can’t be accomplished, then achieving net carbon neutrality will be impossible in the long term. While many renewables already have a low levelized cost of energy, they can’t be implemented immediately, nor in any given location. Furthermore, many renewable energies such as solar, wind, and hydroelectric, are not “dispatchable.” This means that they can’t be turned on or off easily, to generate power in such a way that supply meets demand. This causes incredible inefficiency, and will lead to shortages or oversupplies unless energy sources are diversified. Since nuclear power is both CO2 free and dispatchable, it’s a wonderful option for replacing most fossil fuels in the long run. 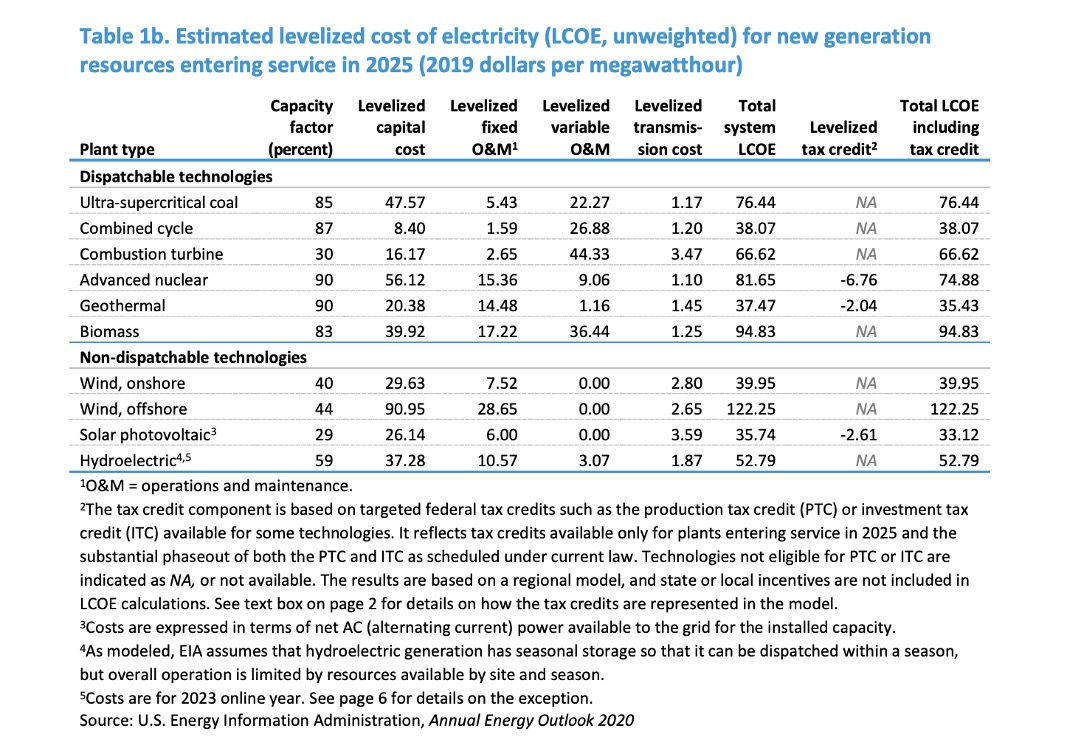 Cap and Trade: Pricing Out Fossil Fuels by 2050

By 2050, natural gas should be priced out of most markets through cap and trade. Why is this better than an outright ban on fracking or fracking licenses? First, it allows workers and firms in the fracking industry to have their jobs phased out over a longer period of time. This will soften the adverse impact on rural communities with fewer economic opportunities. Second, cap and trade incentivizes firms to evolve and invest in environmentally friendly power generation methods. Third, it will help areas that are geographically incapable of producing certain forms of dispatchable energy, such as nuclear power. This is because natural gas will still be available to them at a premium – specifically a premium which represents the environmental cost of burning fossil fuels. Finally, cap and trade is generally accepted by climate policy experts as being more historically successful in reaching economic and environmental goals than carbon taxes.

By leveraging natural gas, subsidizing alternative energies, and pricing out fossil fuels via cap and trade, we can ensure reliability, lower CO2 emissions, and look forwards to all kinds of innovation in the renewable energy sector. There is no simple solution to all of our problems. Renewables, fossil fuels, and everything in between have many costs and benefits. Energy sources vary in all sorts of ways depending on where you are and what you’re doing. If we want to make progress, we need to adapt and advance beyond the tendency to oversimplify. Civilization as we know it relies on energy, but I like to think that Kardashev’s scale says less about Megawatts than our remarkable ability to solve hard problems.

The US Should Stop Fracking Immediately

Drilling for natural gas through the use of hydraulic fracturing must be abolished as a source of energy in the United States for the preservation of our drinking water, atmosphere, and climate. With the onset of global climate change, we must not only act with...
Read The Other Takes

The US Should Continue Fracking

Fracking: Here To Stay The global energy landscape is going through a transitionary period that is seeing the end of oil dominance and the rise of natural gas. Natural gas, acquired through hydraulic fracturing or ‘fracking’, is quickly becoming the largest energy...
Read The Other Takes

The US Should Price Out Fracking via Cap and Trade

Energy Civilization as we know it relies on energy. In fact, astronomers use the Kardashev scale to measure the growth of civilizations by the amount of energy they consume. We’ve become so habituated to the daily consumption of power that we hardly realize how vast...
Read The Other Takes